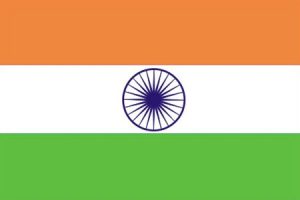 One-third the area of the United States, the Republic of India occupies most of the subcontinent of India in southern Asia. It borders on China in the northeast. Other neighbors are Pakistan on the west, Nepal and Bhutan on the north, and Burma and Bangladesh on the east.

The country can be divided into three distinct geographic regions: the Himalayan region in the north, which contains some of the highest mountains in the world, the Gangetic Plain, and the plateau region in the south and central part. Its three great river systems—the Ganges, the Indus, and the Brahmaputra—have extensive deltas and all rise in the Himalayas.

Why Study in India?

India’s diversity and history offer a wide array of options for any student. India’s educational system is as vast and diverse as the country itself. While living in India can be challenging for international students, it is an affordable and rewarding experience.

A millennia-old civilization, the birthplace of four world religions, a dazzling diversity of cultures, languages, and traditions, and breathtaking natural beauty – from the soaring Himalayas to the deserts of Rajasthan. The real question is not “why study in India?”, but “why wouldn’t you?” While India has much to offer the traveler, it also has much to offer students. With access both to such rich history and diversity as well as a rapidly growing country on the cutting edge of the technological revolution, studying in India has much to offer, whether your interests are in Classics or Computers, Philosophy or Politics.

India’s educational system is as encompassing and as diverse as its history, making studying in India unlike anywhere else. India is the home of the world’s largest university by enrollment, Indira Gandhi National Open University, with 3.5 million students. India’s higher education system has 575 university-level institutions, including:

– 42 central universities, which are controlled by National Department of Higher Education.

– 243 state universities, which are run by state governments

– 130 deemed universities, which are autonomously run

– 33 institutes of national importance, which are deemed to be of special importance and typically focus on science and technology

– Additionally, over 30,000 colleges operate throughout India, offering more specialized instruction, often in technical fields like engineering. With all these options, international students in India can find a program to suit them no matter what their interests.

– The Indian Government’s Department of Higher Education offers more information on specific universities in India and the higher education system.

– Life for International Students in India

– India’s people are friendly and welcoming, eager to learn more about other countries. Many of India’s amazing sites offer special student discounts. International students in India will find the cost of living unbelievably affordable.

– With all that India has to offer, it will be next to impossible not to travel. India’s vast and colorful rail network puts visitors in touch with all parts of the sub-Continent, often costing less than 10 dollars to travel hundreds of miles. The trains offer the cheapest, and safest, way for those studying in India to travel.

– Food in India is an experience! Whether in North or South India, restaurants offer tantalizing dishes at cheap prices. Meals at cheap restaurants often run less than $2, while even pricier options often cost less than $10, offering yet another good answer to the question “why study in India?”

– Although costs of lodging will depend on your program, comfortable apartments can be rented for $110 per month outside major cities to $200 per month in most major city centers. Cities like Mumbai and Delhi will often be more expensive although even there costs to rent will often be lower than in European or American cities.

– Tuition rarely exceeds $1300 per year at private universities or $1000 at public universities, making studying in India an affordable option for most international students.