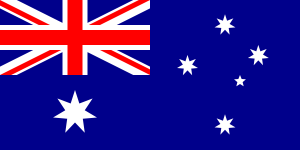 Australia is the world’s sixth-largest country by total area. It is a country comprising the mainland of the Australian continent.  The neighboring  countries are Papua, New Guinea, Indonesia and East Timor to the north; the Solomon Islands and Vanuatu to the north-east; and New Zealand to the south-east. Australia’s capital is Canberra, and its largest urban area is Sydney. Australia is a member of the United Nations, G20, Commonwealth of Nations, ANZUS, Organization for Economic Co-operation and Development (OECD), World Trade Organization, Asia-Pacific Economic Cooperation, and the Pacific Islands Forum.
Australia has 37 government-funded universities and two private universities, as well as a number of other specialist institutions that provide approved courses at the higher education level. Australia is actually one of the top countries to go to if you are an international student. If you look at the list of the top 100 countries in the world, you will find that seven of them are actually found in Australia, which is quite a feat when the country only has 23 million residents. If you want to study in Australia, you will be pleasantly surprised. Some of the areas where some of the most popular universities are located have relatively low costs of living.
Every Australian university has a variety of student clubs and organizations on campus. The focus of these groups can vary depending on the university and region you are in, but if you enjoy a particular activity or sport, there may be a club for you. That way, you get to do something you enjoy or try something new, and you get to meet new people with the same interests in the process.

Here are some of the types of clubs that you may encounter at your university.

There also may be various events on your university campus as well. There may be notable speakers, workshops that interest you, fun activities, sports tournaments, concerts, sports events, bus trips to certain places, and a variety of other activities that you may enjoy. Make sure to keep an eye on any calendars or bulletin boards in order to get more information about the potential events that are going on around campus.

Why Study In Australia